Written by William Shakespeare
Directed and Cut by Ali Tallman

Presented by &Sons Theatre at The Swan Theatre


On a bloody Scottish moorland, Macbeth, a renowned general, is met by three mysterious Wyrd Sisters. They give him a grand and ominous prophecy painting him as the next King of Scotland. It's more than Macbeth and his supportive, ambitious wife have dared dream of. Spurred on by events that support the prophecy, they do the unthinkable and kill a man who has been a father to them. But their prize has a high cost. Once king, a heavy paranoia crawls over and consumes Macbeth. In his desperation to keep what he has stolen, more lives are lost and there are unexpected, tragic casualties. Civil war erupts but the ill-fated couple are already consumed fighting the ghosts that haunt them. Macbeth is an exploration of human nature, the structure and effect of power, and how we choose who we are to each other. Using a modified tréteau set and a variety of movement techniques developed by London-based companies, &Sons Theatre's ensemble movement work gives a body to thought, to emotion, and to the unseen.

Contemporary, physical, raw. The body is the center of this work - what is happening in the limbs, head, and heart. The sound, the breath, the pleasure, the pain, the effort. The characters of Macbeth feel so extremely - they cut their hearts out and show them to us. 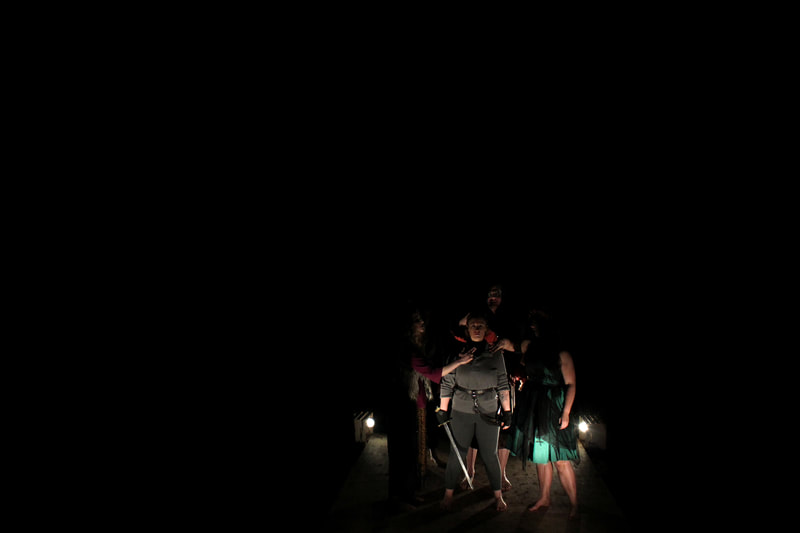 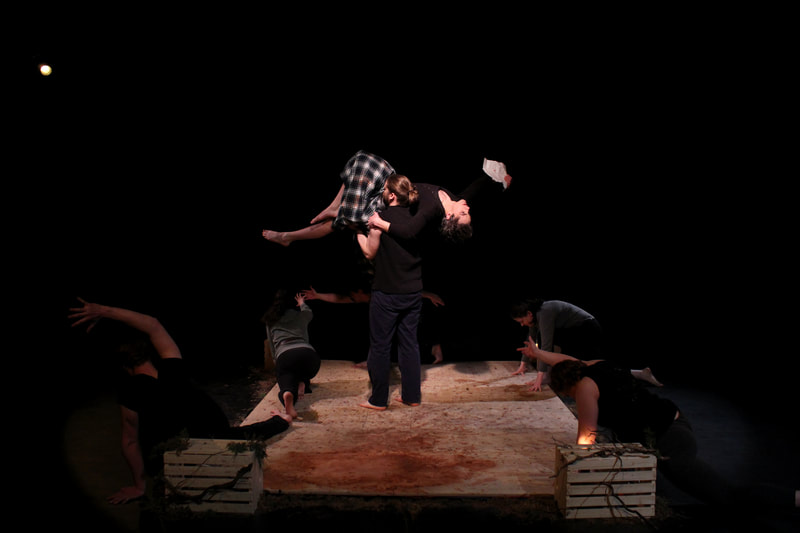 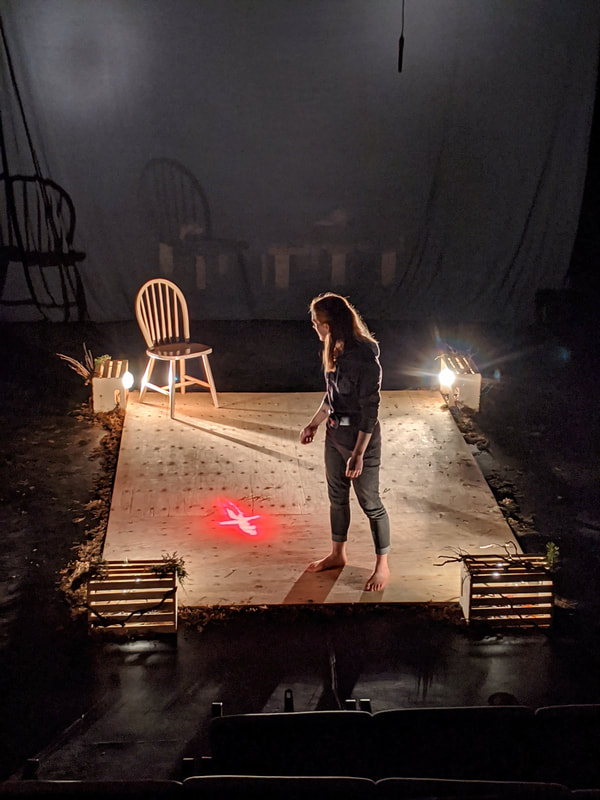 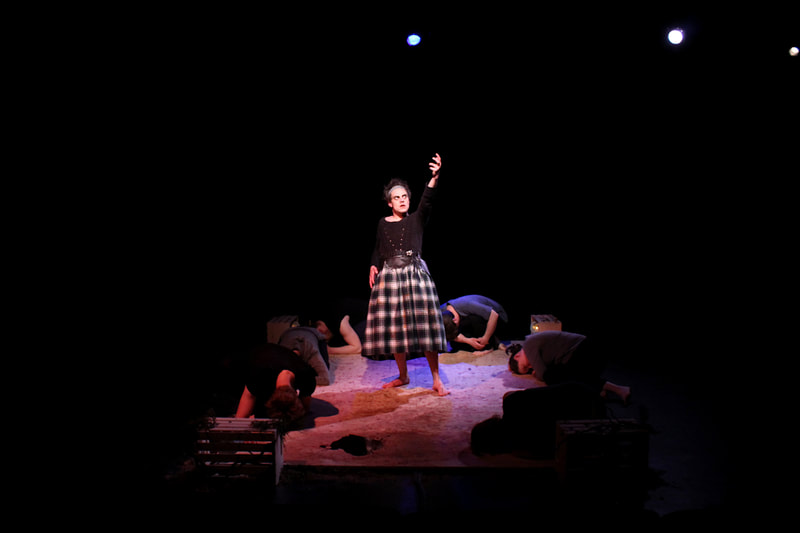 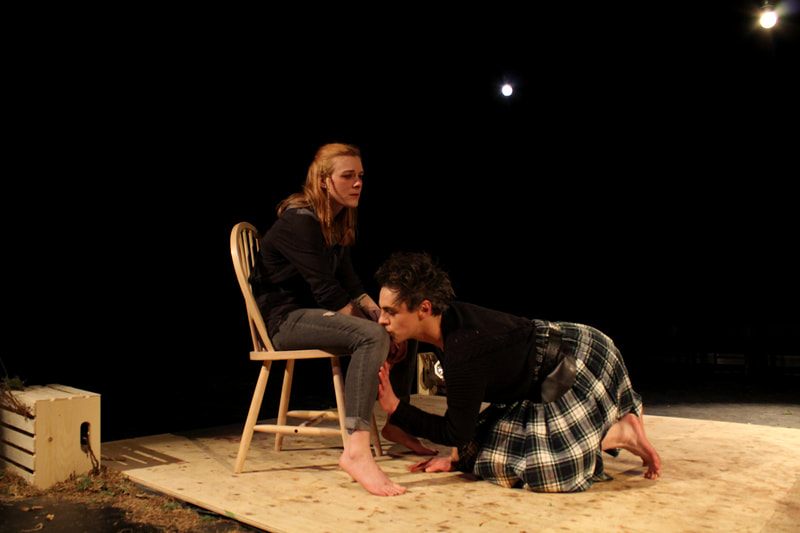 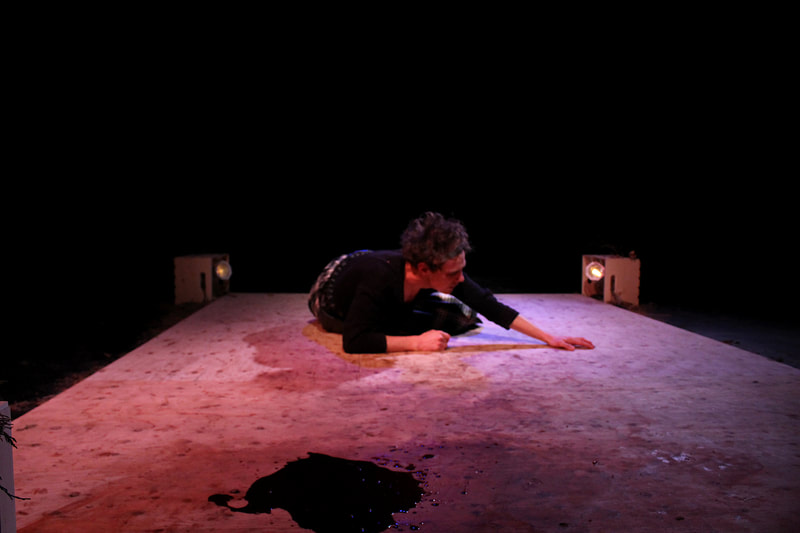 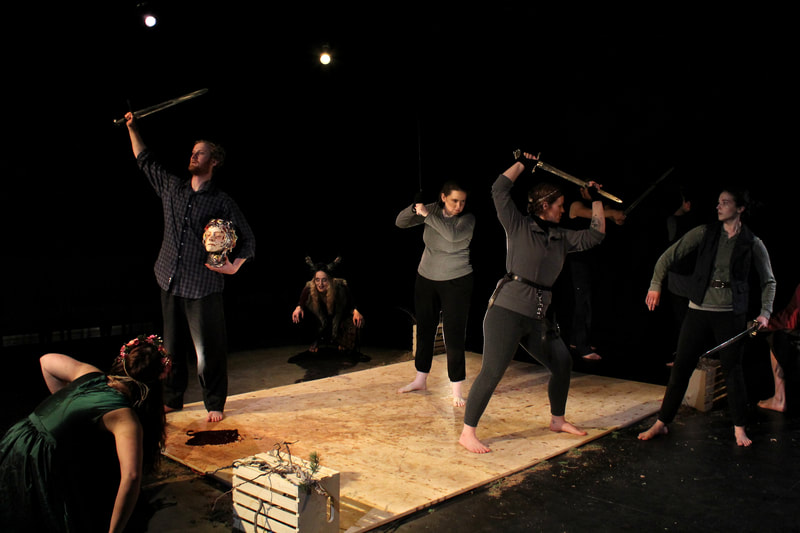 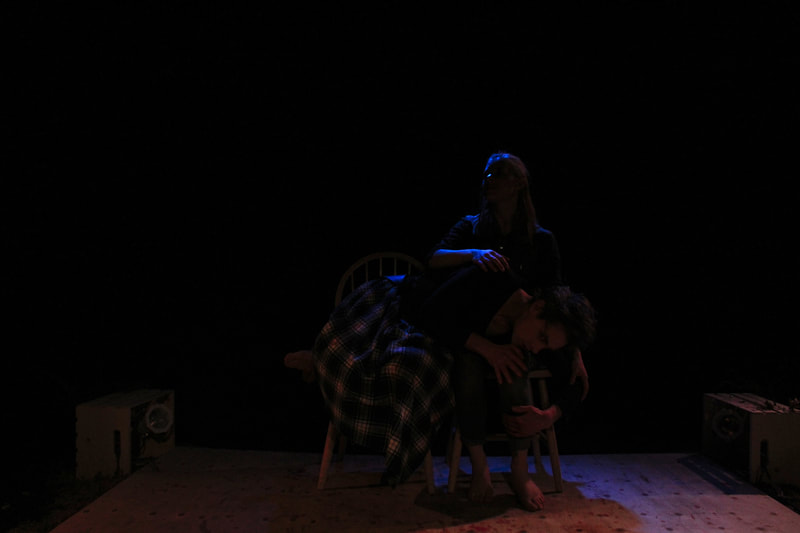 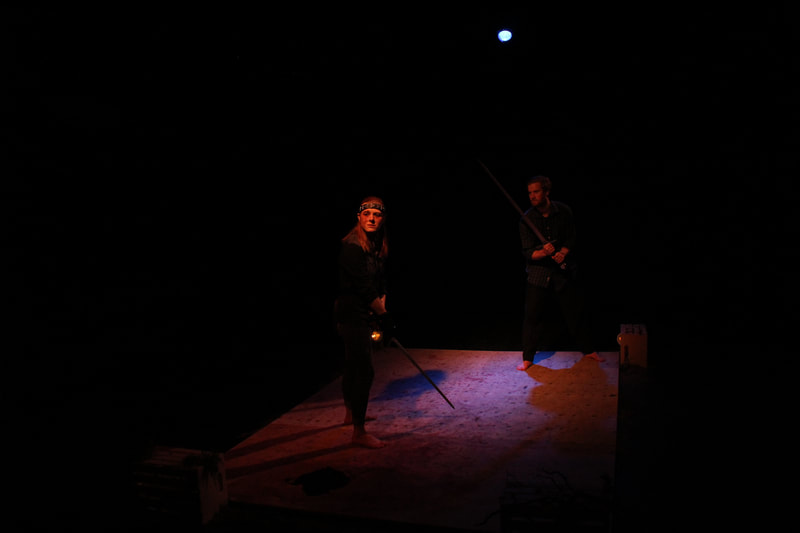 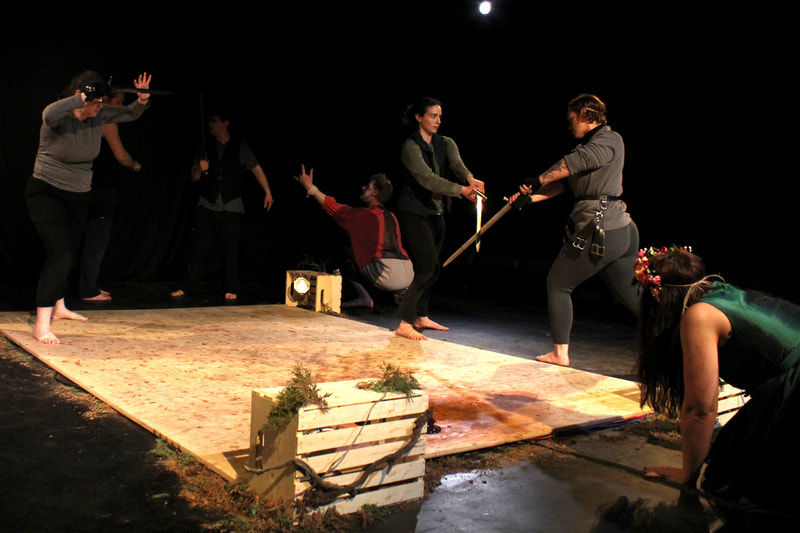 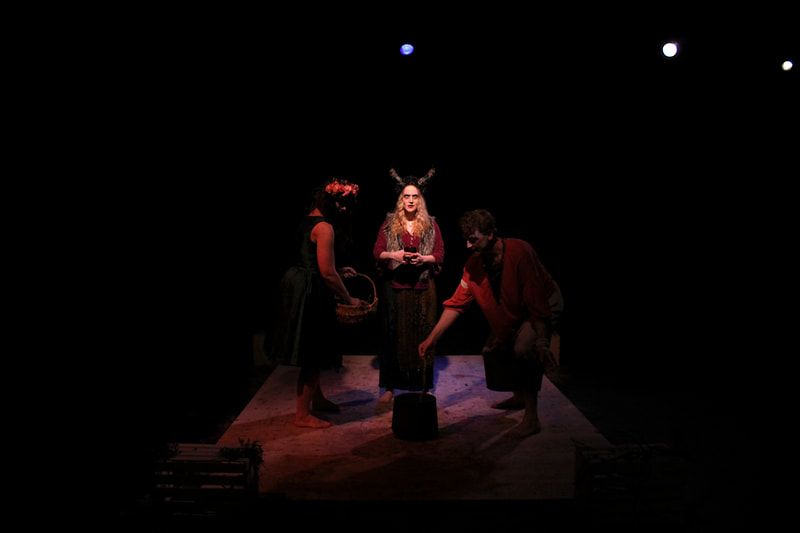 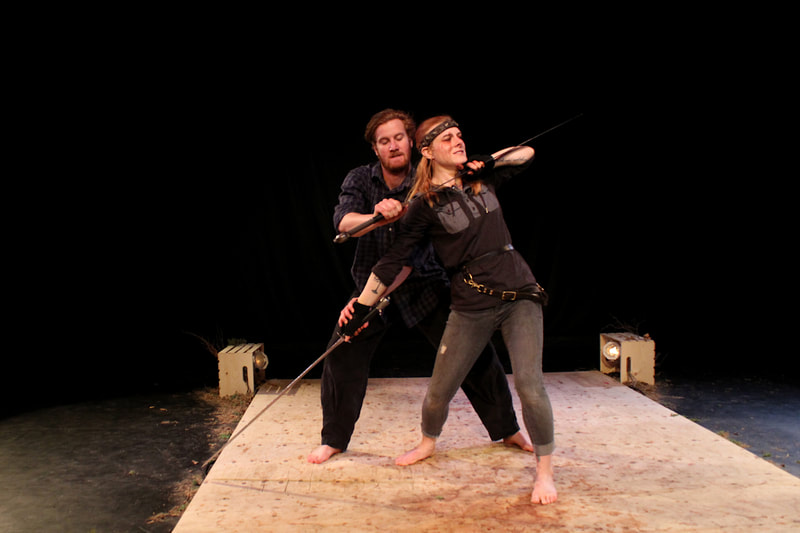 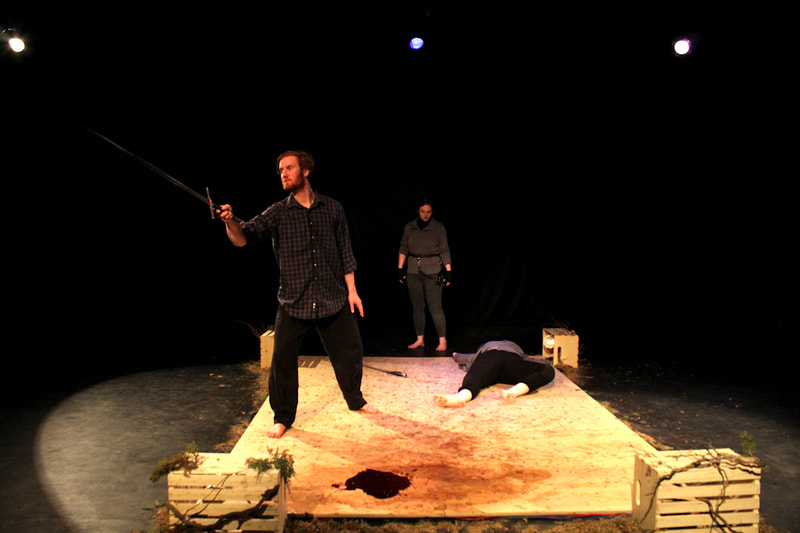 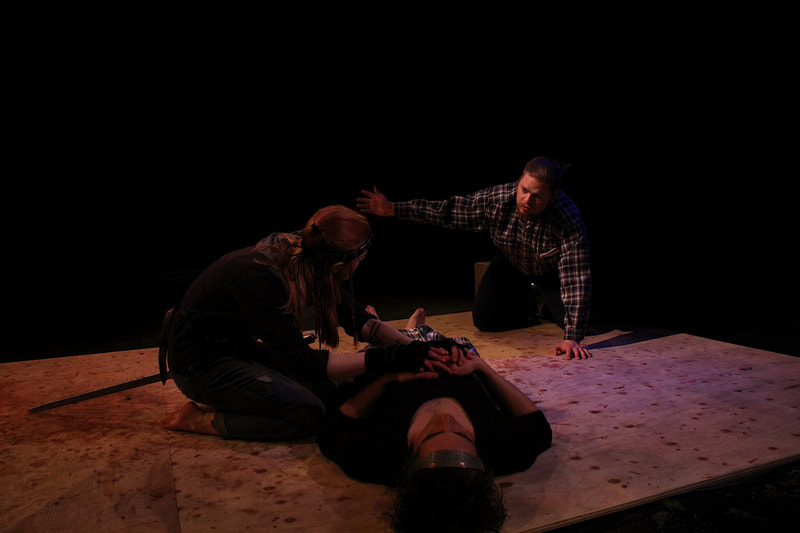 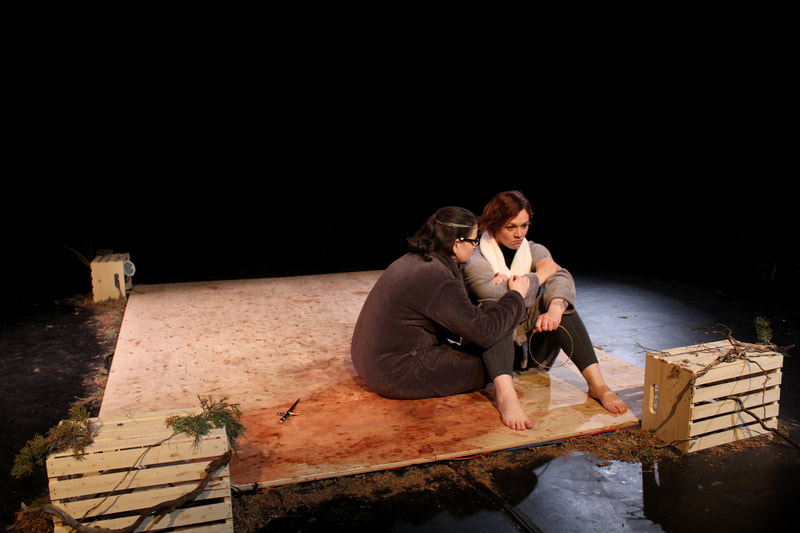 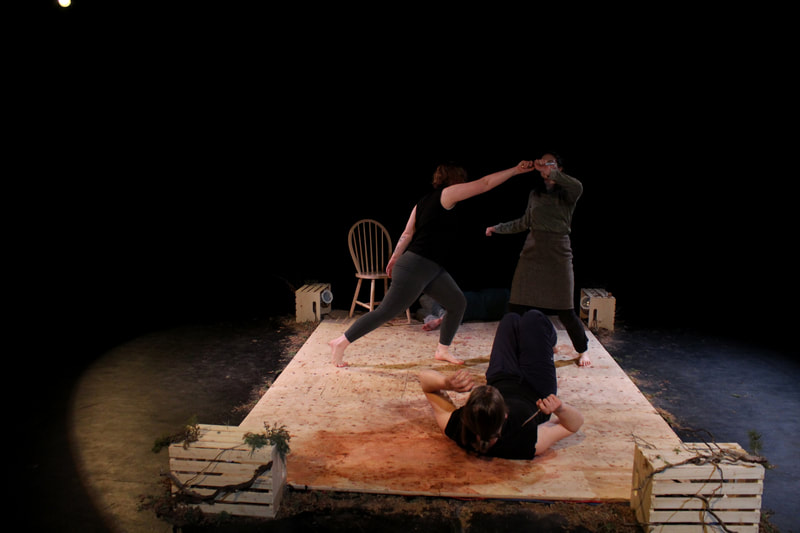 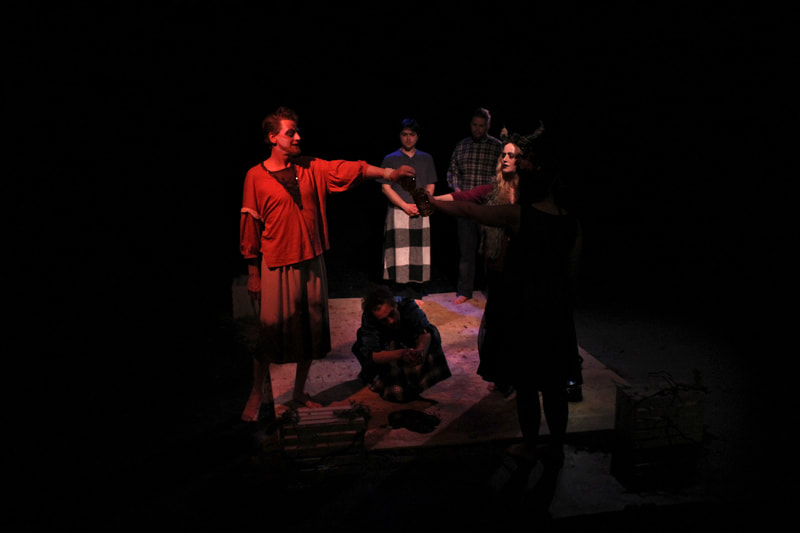 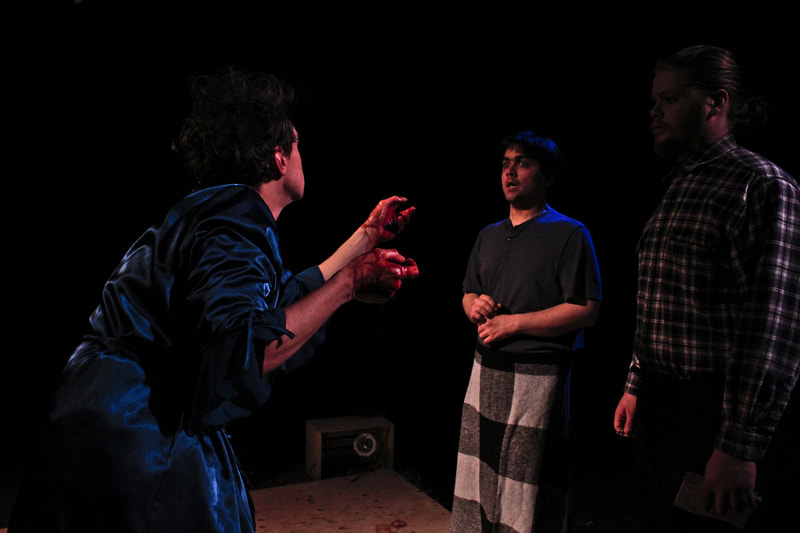 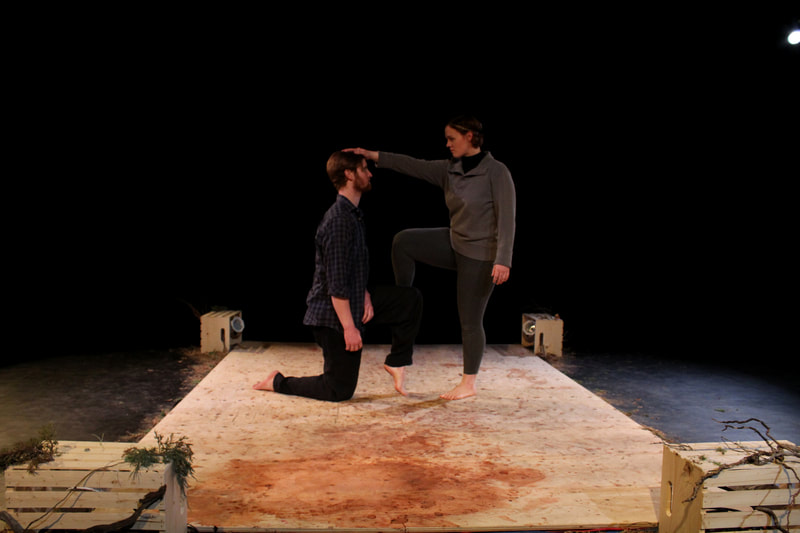 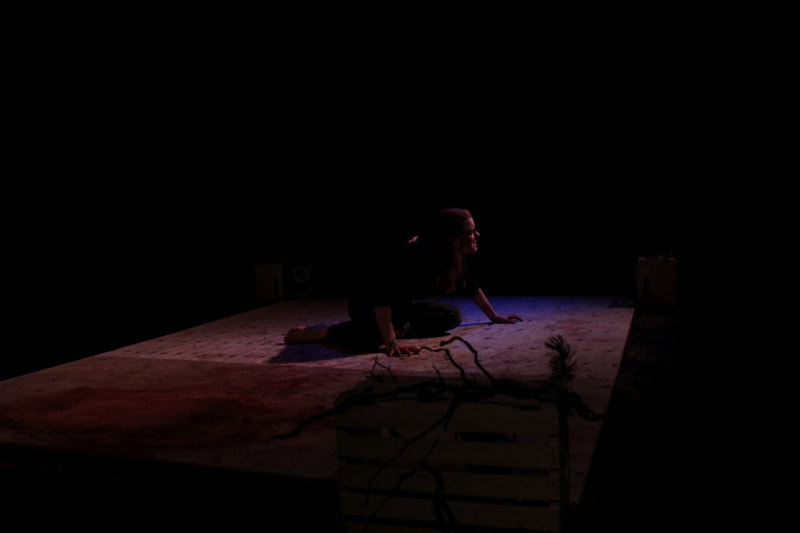 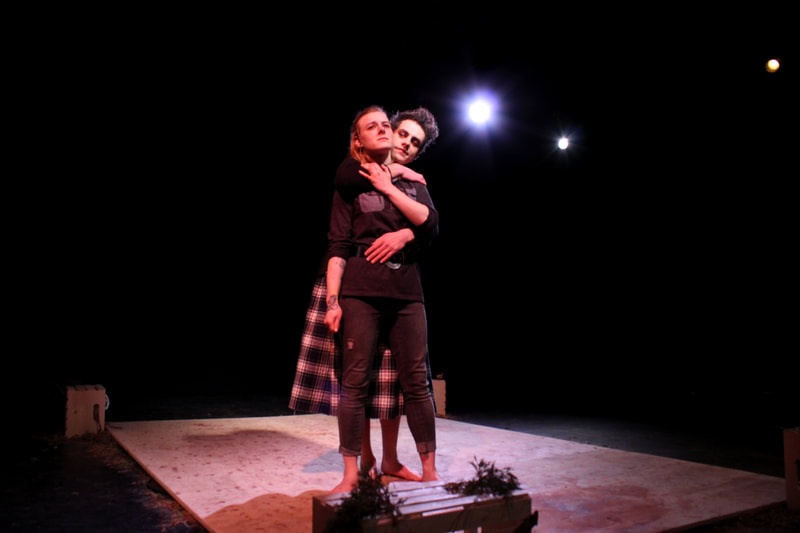 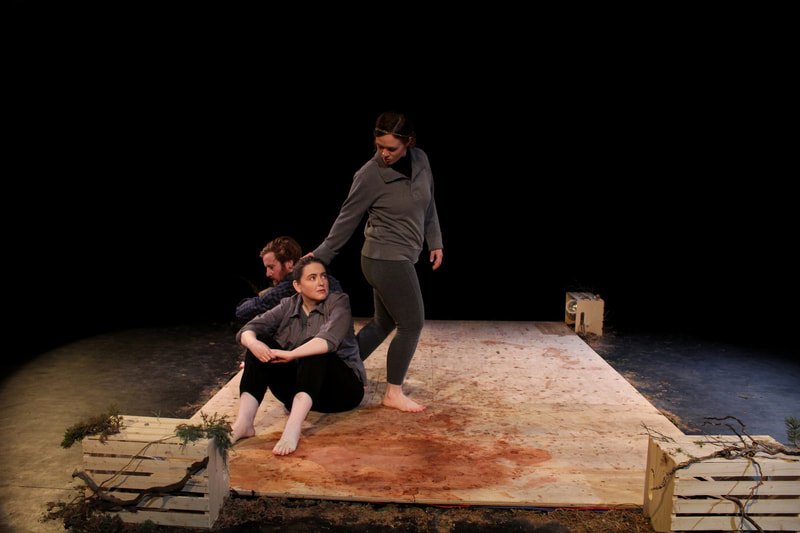 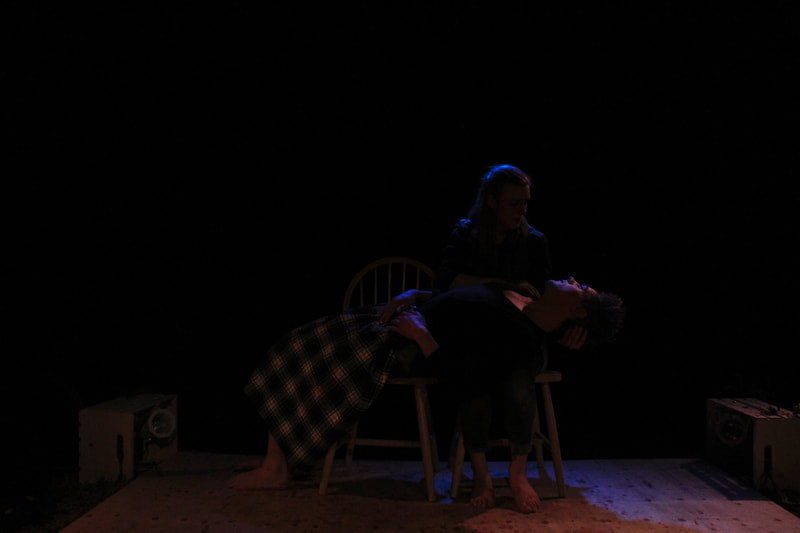 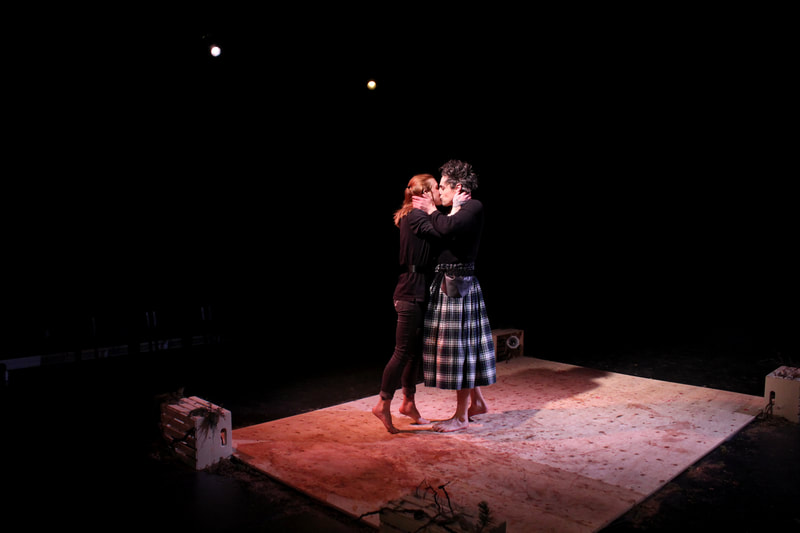 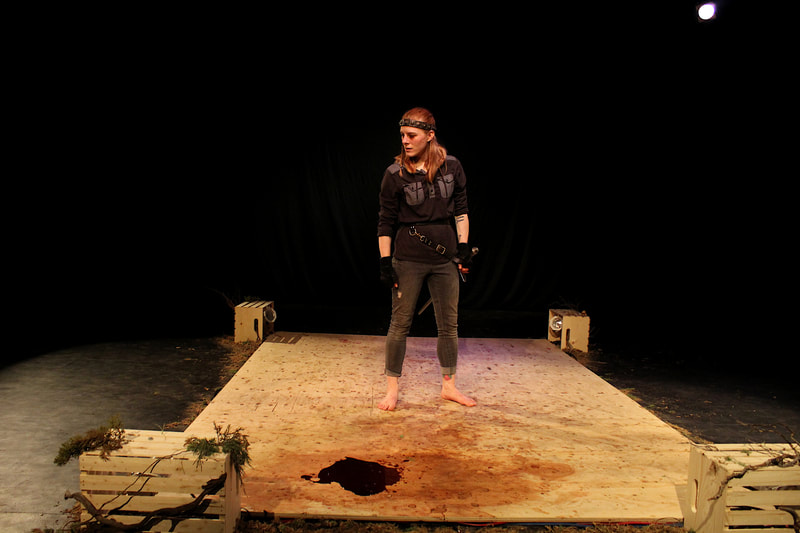 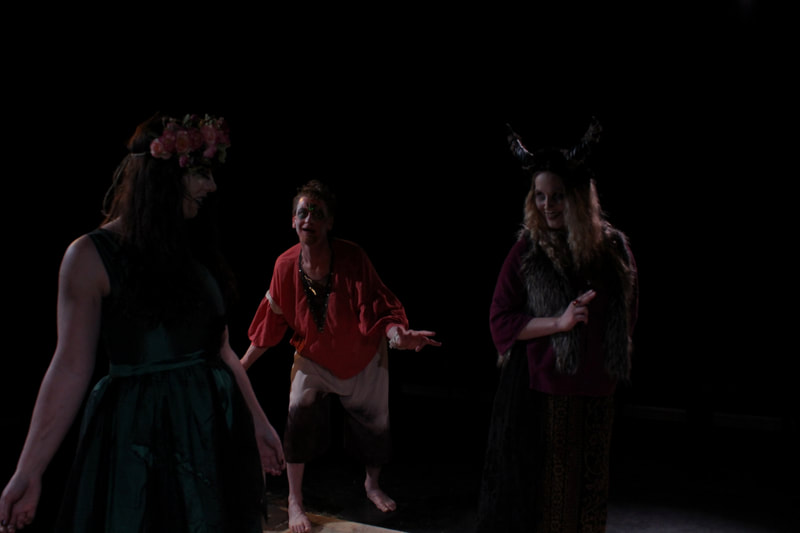 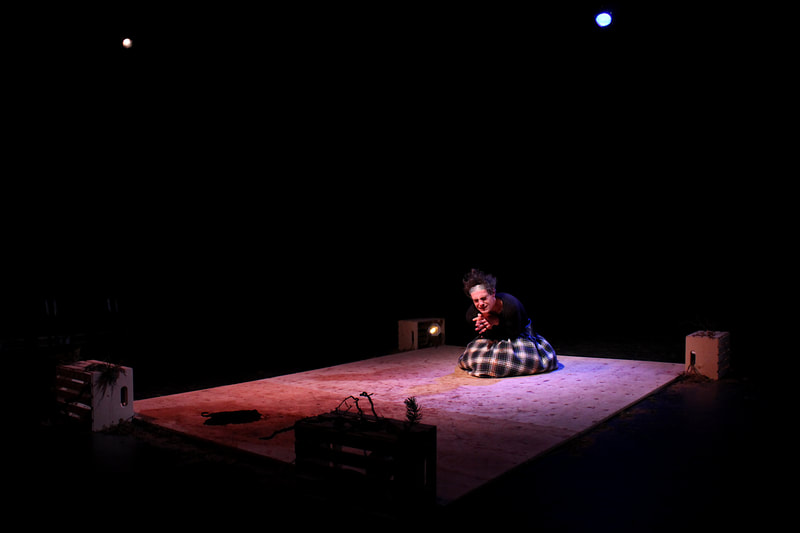 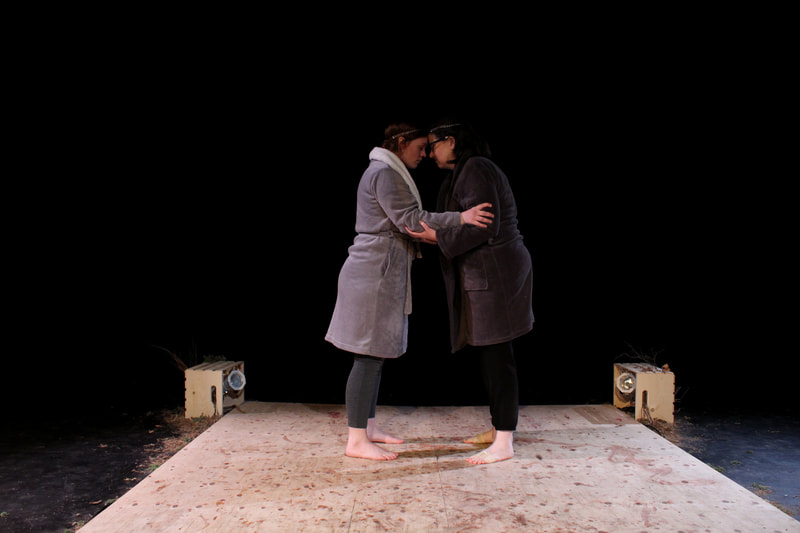